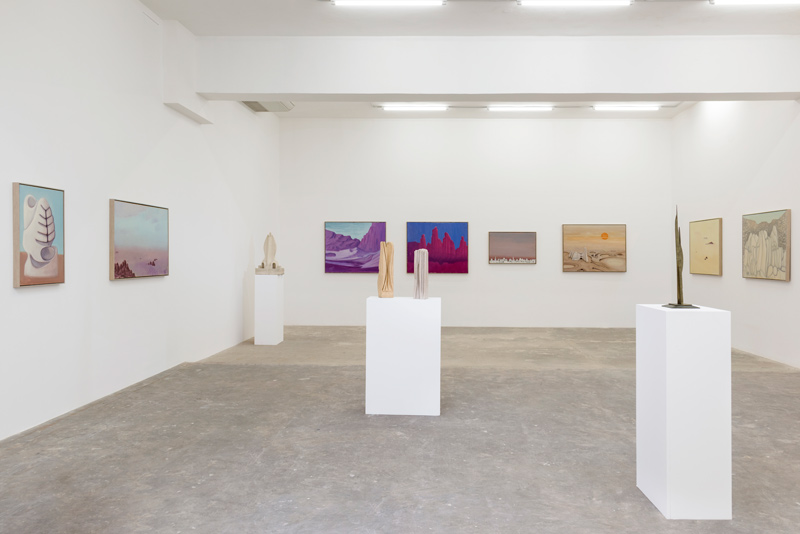 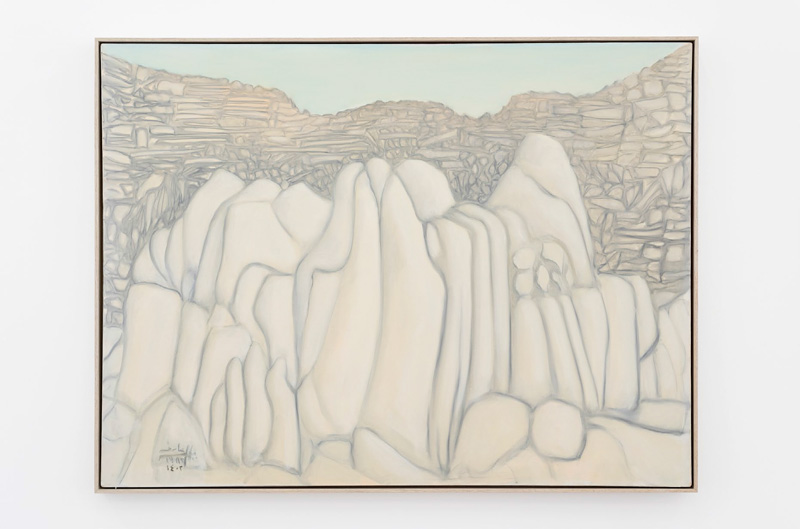 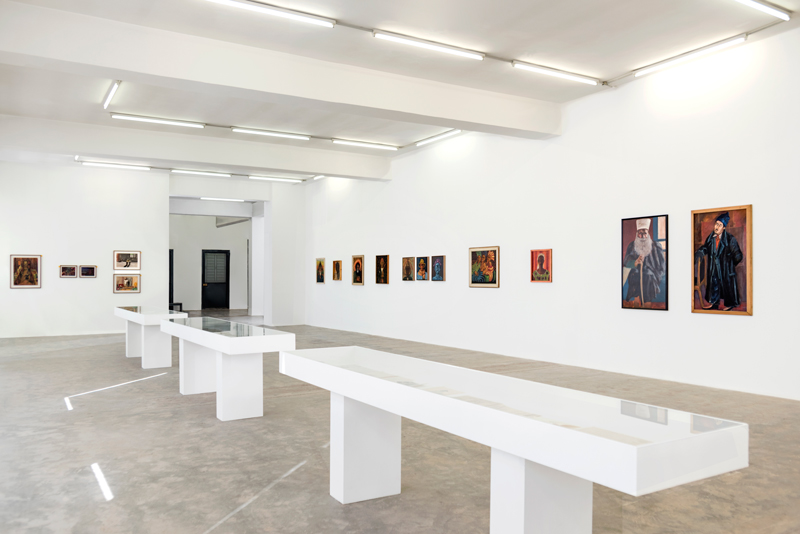 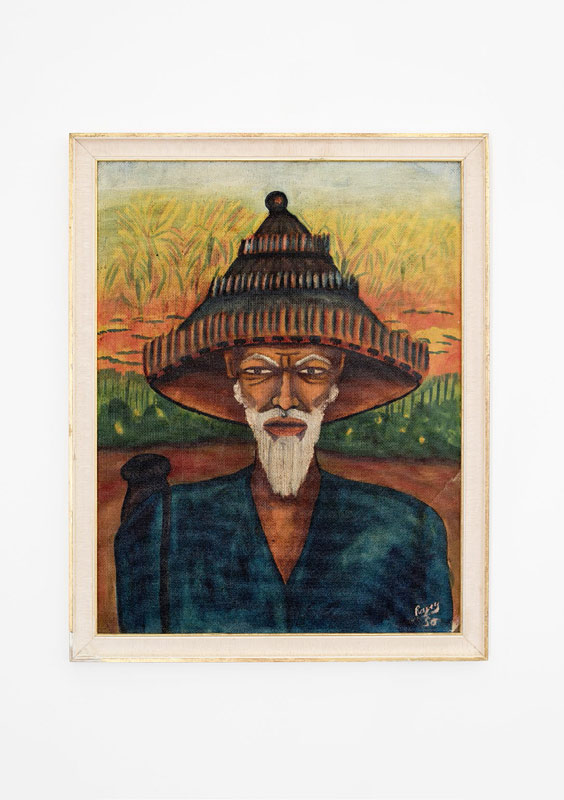 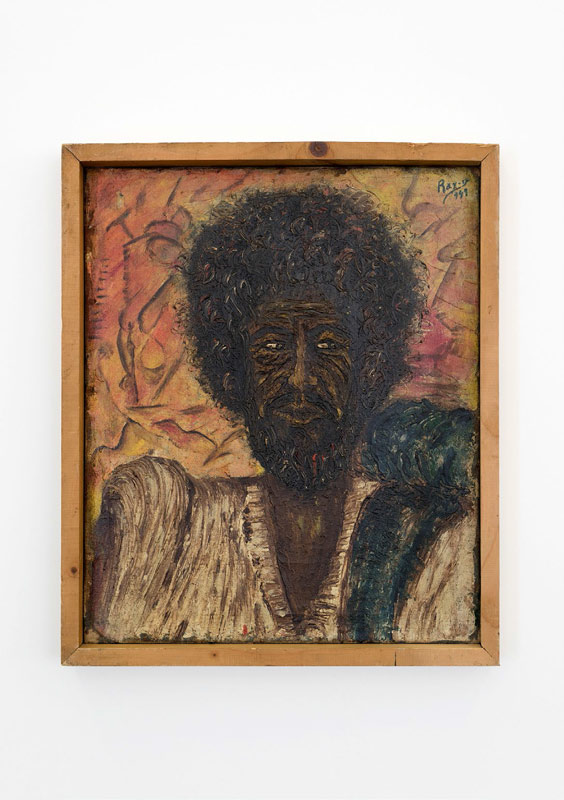 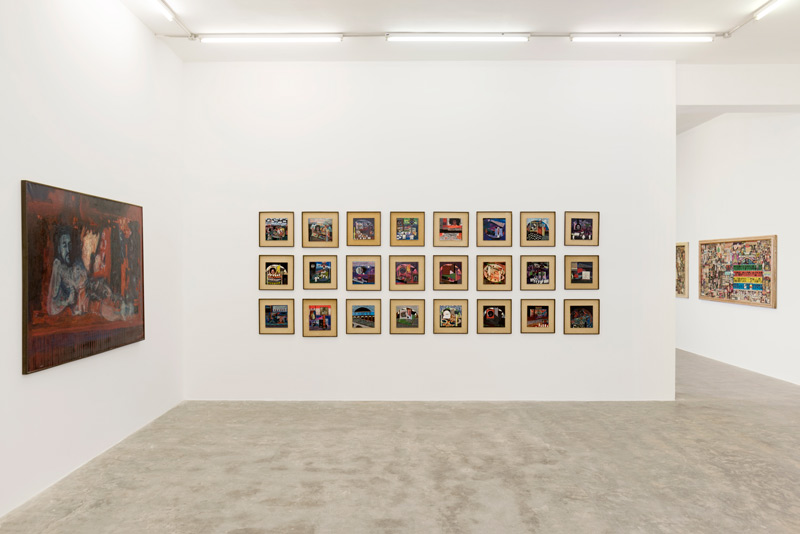 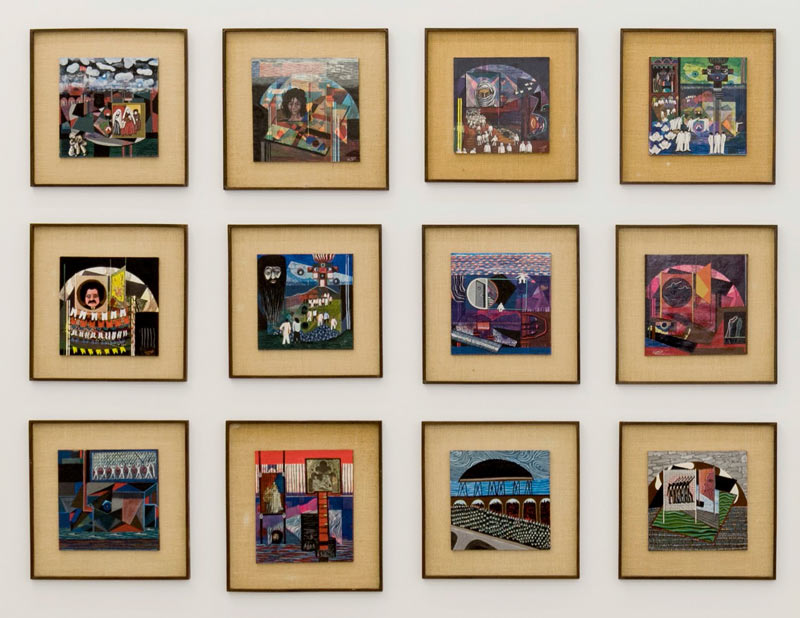 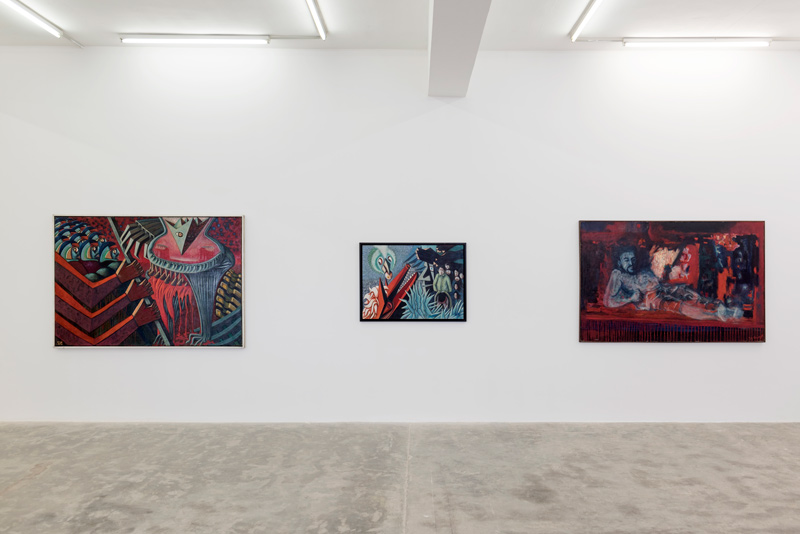 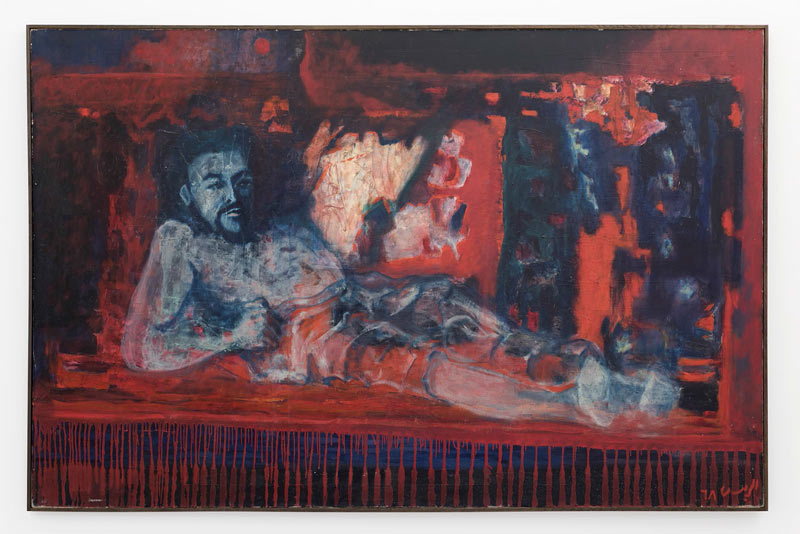 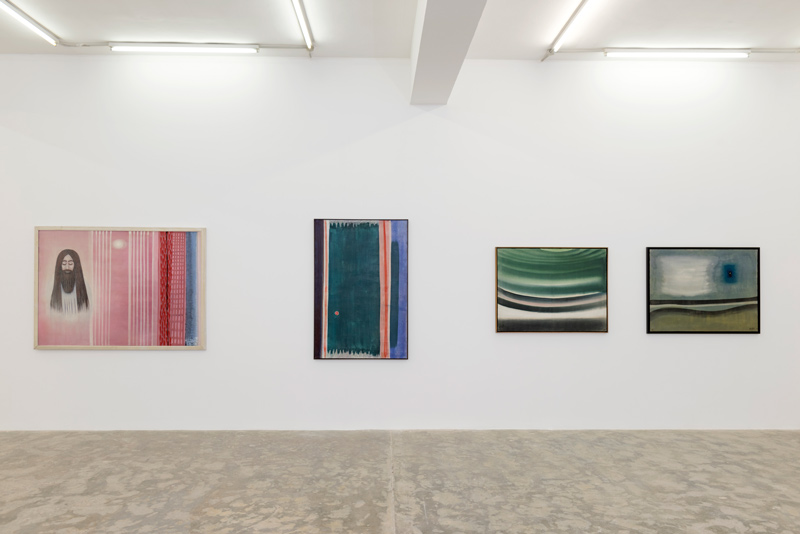 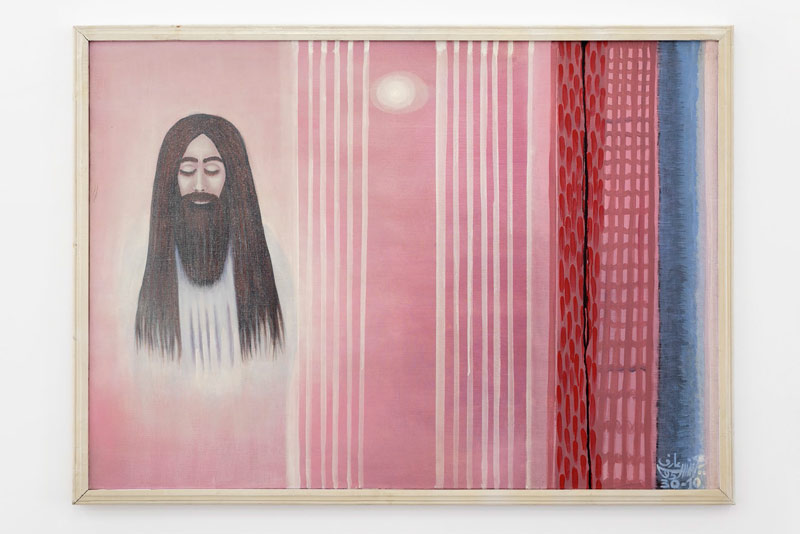 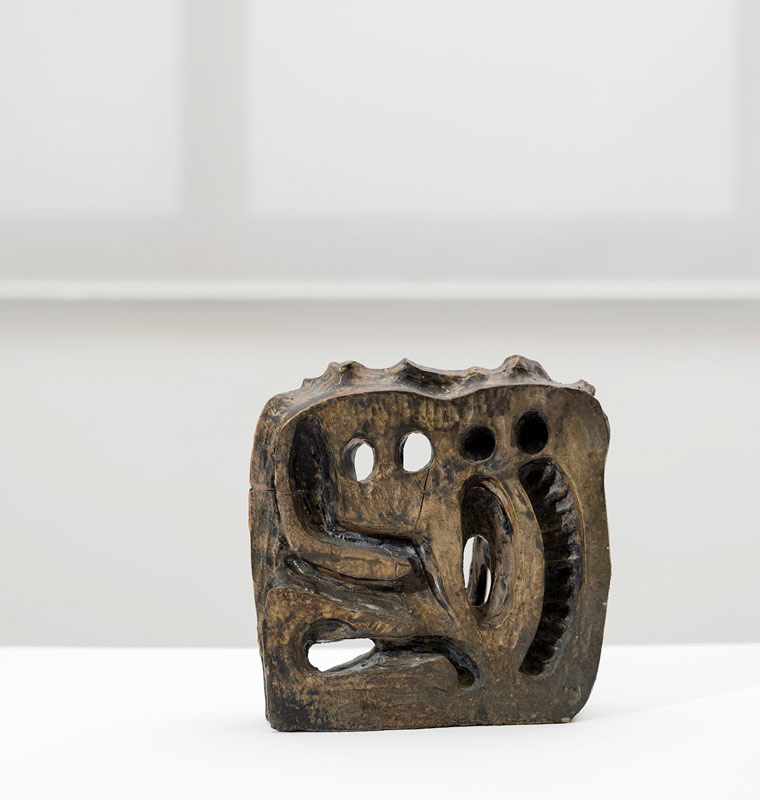 The exhibition presents an overview of the artist’s work from his early works of 1948 up until 2005, and includes several series of works that have never been seen before.

A major player on the Lebanese cultural scene between the 1960s and 1980s, Aref El Rayess remains largely unknown, with a relative eclipse following his death. His absence from the international radars is partially due to the complexity of the man and his work, but is also linked to the very specific conditions in which he trained (between Lebanon, Senegal, France, Italy and the US) and visibility (and invisibility).

In its paradoxes and in its singularity, with flashing breakthroughs and dim impasses, the oeuvre of Aref El Rayess is an exemplary, uncompromising, modern journey. It is the result of the “inner requirement” of a worried subject, observant and mindful of the political, social and cultural crises of his time, rather than the “isms” and sequences expected of the modern canon.

Precocious and largely self-taught, extremely gifted, not very disciplined, amused observer, often caustic, he was fascinated during his adolescence by untimely yet vital impressions from Africa, which will follow him his whole life. His formal path, and his oeuvre, are declined in cycles, reiterations and reminiscences, and in various mediums which he will privilege in turn (drawing, engraving, painting, sculpture, collage). This original and contrasting journey echoes that of many modern artists who have worked on the outskirts of the self-proclaimed centers of Euro-American modern art, and in restrained conditions of exhibition and exposure.

In many ways, El Rayess’ work is that of a seismograph recording the thwarted desires and hopes of an era, through clearly heterogeneous formal inventions, testifying to an extremely free outlook on art and modern world: from sketches, landscapes and portraits of Senegal to allegories of rebellions and war, from abstract Flying Carpets to political collages, memories of his friend Kamal Joumblatt to text-drawings imbued with a ‘cosmic’ spirituality freed from any sectarian reference.

This first monographic presentation, produced in difficult circumstances, and at a time when the archive of the artist is still being organized and explored, without a scientific team and with entire sections of the his career still to be processed and analyzed (not to mention the research to be carried out in the different countries where he has stayed and worked) should be considered as the ‘stage zero’ of the exhibition, which will be presented in its expanded version in several museums in 2022-2023.

Here, the presentation follows a rough chronology, displaying several key moments of the artist’s work: the training years between Lebanon and Senegal; the abstract materialist works produced in Italy (some of which were presented at Galerie la Licorne in Beirut in 1963); the more ‘political’ paintings with the works inspired by the Algerian War of Independence, the liberation struggles of the ‘Third World’ but also of African-Americans, and the war in Lebanon (paintings and series of drawings from the publication Road to Peace); the Deserts painted during his stay in Saudi Arabia; and a set of Collages.

For reasons which relate to the limited space of the gallery but also to the current state of the works and the necessary restorations before presentation, some important series might be missing in this first presentation: justice is not done, among others, to the exceptional graphic talent of El Rayess nor to the evolution of his sculptural work.

On View at Sfeir-Semler Gallery Beirut

The info is extracted from the press release.

21 ARTISTS AND A BIENNIAL | NUJOOM ALGHANEM

ON MARGINALISATION, ACTIVISM AND FEMINISM